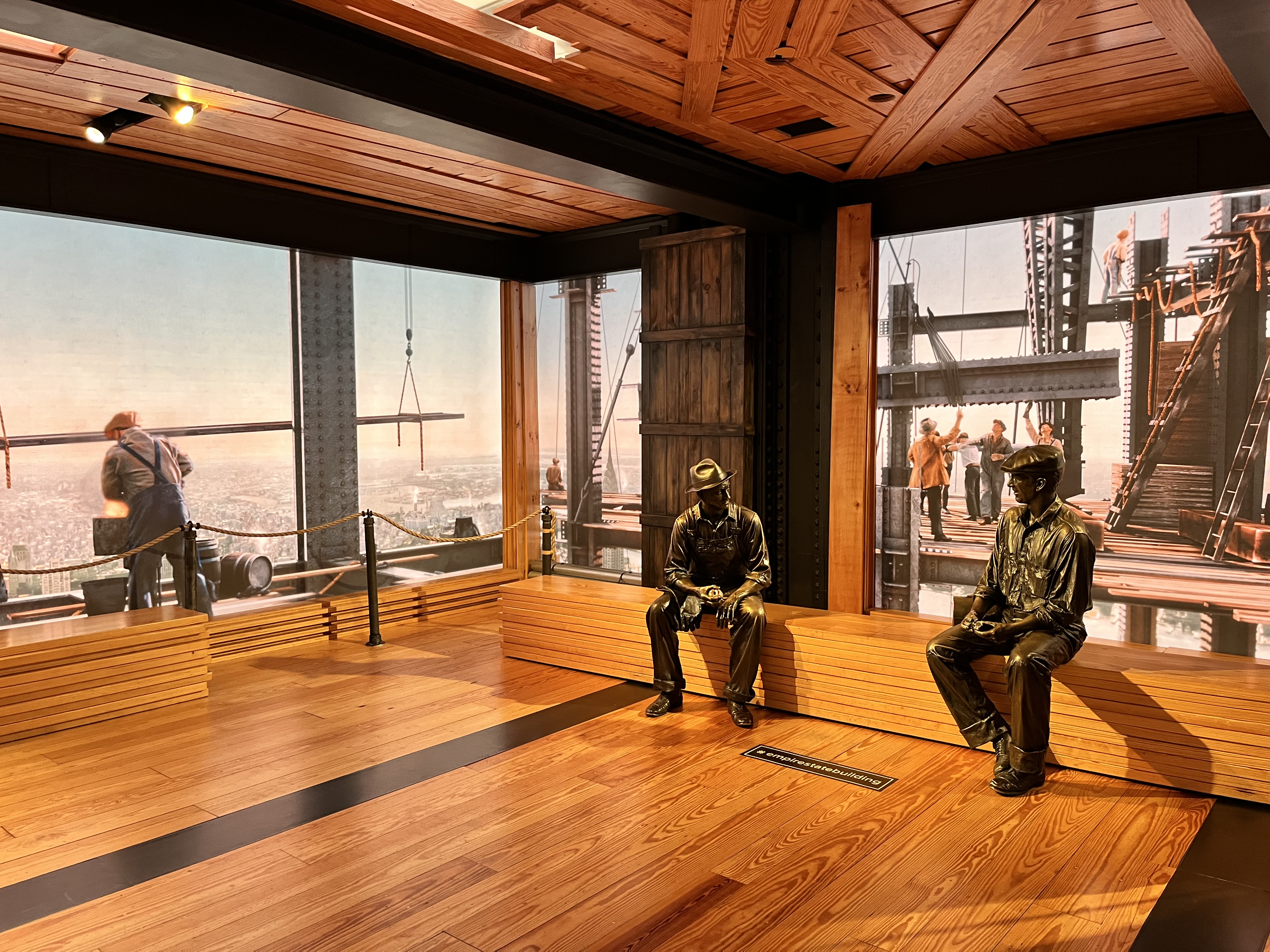 The iconic Empire State Building has always been one of my favourite places to visit when I’m in New York City, and it has so much history as the first observatory in NYC and World’s Most Famous Building. Since they have created the brand-new Observatory Experience with interactive exhibits and an immersive museum, it is top of my list for observation decks and unmatched views of NYC.

The experience starts with a great photo opportunity in the newly designed entrance in front of a two story, built to scale, model of the building.

Next is the immersive museum that takes you back to the late 1920’s and the beginning of the construction of the Empire State Building. I really felt like I was in the streets of NYC watching the construction workers as they moved beams around me. The museum is full of fun facts that are engaging for all ages. I’m not a big museum fan, but this was really interesting.

The next part was probably my favourite, taking a trip down memory lane to see highlights of all the commercials, tv shows, films and comics that featured the Empire State Building – of course, the most famous being King Kong. This part of the exhibition is so life-like and amazing!

I won’t say too much, don’t want to give it away!

I also loved looking at all the pictures and memorabilia from celebrities that have visited the Empire State Building over the years on a sweeping 72-screen, 180-degree surround-sound theater. The first two floors provided a lot of history and information on the Empire State Building, what comes next was a totally different experience. More to come…

No comments to show.